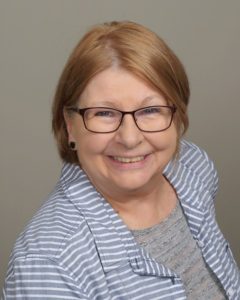 From June 1973 to January 2003 I was a federal employee.? I worked for several federal agencies including Social Security Administration, Bonneville Power Admin, the Coast Guard, US Army Europe, the Veterans Administration,? and Secretary of Defense in the Pentagon.? I was a Service Rep at Social Security, and a computer programmer/analyst for all the other agencies where I worked.? I am a Vietnam-era veteran of the USMC, where I served briefly and married too young.
As a writer I have written and performed two monologues, one for The Telling Project in Portland Oregon and another called “Semper Fi” a televised production of Part-Time Playhouse in Portland Oregon.? Most recently, my play “Halloween in the ICU” was selected as a finalist for the Midwest Dramatists Center 2018 Conference and was performed in a stage reading at the conference.
I am currently working on a romance novel and a Christmas screenplay.