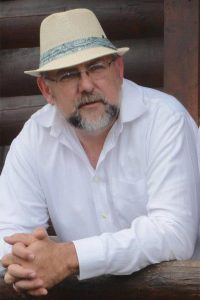 Robbie started writing as a way to escape – escape his teachers, escape his fears, even to escape his insecurities and doubts. However, his stories of seduction and adventure, not only allowed him to hide in the lives of his characters, but also captivated those who wanted to escape with him. Now, he enjoys a full-time career as a storyteller and novelist, and invites readers to runaway with him- to escape, getting lost in the seduction of adventure.

When he is not writing, Robbie can be found on his back porch enjoying a cigar, a scotch, and a good story. He derives pleasure from his large family and his crazy group of friends who provide the inspiration for his blog The Mess that Is Me.